Whatever Happened to Living Happily Ever After in Retirement

Stress and Insomnia over Finances in Retirement

The cultural shift over retirement has been dramatic throughout the last 40 years. In one generation, the paradigms of the past no longer apply as principals of the future. With the exception of the military, federal and state government workers, pensions for the average American worker are gone. If it was simply a matter of losing out on receiving a gold watch or a retirement party the day you retire, that would be one thing. But losing out on a guaranteed pension for life is a major shift away from the previous norms. So basically, you’re on your own.

In previous generations, paying off your mortgage before retirement was a fundamental goal. But the baby boomers are taking mortgages into retirement because they’ve been paying down their children’s college debt and their parents’ long-term care bills. This is a huge departure from traditional retirement thinking.

For most Americans, the extra cost of a mortgage is going to force changes in the way we save for retirement if the trend continues. What you put aside today will determine your lifestyle in retirement tomorrow. It doesn’t matter if you’re late to the savings game as a baby boomer, just starting to save as millennial or in the thick of it as a Gen Xer or Yer, just start saving!

If your employer offers a 401(k) plan and matches some portion of your contribution, do it. It’s free money! But contributing to a 401(k) will not enough. Even adding the income from Social Security benefits will not be enough. Most Americans will have to work longer than full retirement age (FRA) and will live a hybrid retirement lifestyle that includes—at least—part-time work in their 70s.

The longevity phenomenon will impart the culture of retirement like no
other risk. If the average female life span is almost 89 years, then half the female population will live past that. What will the baby boomer lifestyle look like when you’re in your 90s?

Longevity is also a retirement risk multiplier. Living longer will exacerbate all other retirement risks: depleting resources, increasing medical bills and, at the very least, paying for assisted home living. Domestic spending is directly tied to the cost of goods and services. Inflation or some government price index generally doesn’t address the real cost of living, so the purchasing power of your retirement dollars will more likely be reduced. The economy seems to have cyclical patterns to it. Inflation may not be an issue today, but may return with a vengeance tomorrow.

Retirement planning is undergoing a major overhaul. When it’s all said and done, it will not resemblance retirements of the past generations. 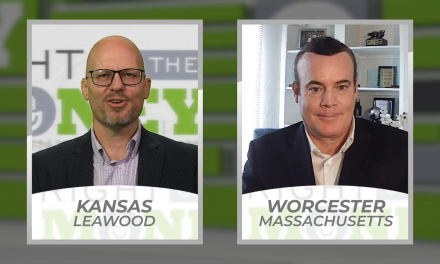 EPISODE #077: Guiding Many Clients on the Retirement Journey

The Future Shock in Retirement: Inflation