Like taxes, Effective Medicare Management Can Benefit the Bottom Line

Medicare’s complexities go well beyond “healthcare for seniors.” High-income earners may be a surprised by their initial Medicare premiums. Medicare is yet another dynamic aspect of retirement planning that is best tackled pro-actively.

Just as many retirees shortchange the role of effective tax management in retirement, they similarly underestimate – and frequently misunderstand – the role and expenses of Medicare.

Medicare became law in 1965 under President Lyndon B. Johnson as an equal opportunity healthcare program for seniors. Intended as an “everyone pays the same” program (except for those with an inability to pay – the beneficiaries of Medicaid), healthcare premiums are typically paid through deductions from monthly Social Security benefits.

However, since 2003, rates have become “means-tested,” meaning they’re decided on income. For 2016, monthly premiums can range from $50 – $275 more per month for earners with a modified adjusted gross income exceeding $85,000 and among five separate income tiers. Rate differences vary by taxpayers’ marital and filing status.

The kicker for new retirees is that the means test looks back to the immediately preceding two years’ income. For earners leaving high-income jobs, the initial Medicare premiums for parts B (physician expenses) and D (prescription drugs) can be much higher than anticipated. Although the system allows for waivers in certain circumstances, many new retirees will absorb the initial cost hit and adapt over time.

Like retirement planning and tax management though, pro-active measures can be taken to lessen the Medicare burden. For retirement planning begun five years in advance, wages can possibly be deferred, or overall income can be staggered to effectively reduce MAGI to a lower threshold.

The ripple effects of Medicare can include gap insurance for deductibles and co-pays missed by Medicare, including so-called Cadillac plans for those who can afford them. Retirees should also know that while Medicare may cover some in-home, event-specific therapies, it does not cover long-term care or in-home, daily-living needs like bathing.

Given the pervasiveness and misperceptions about Medicare, and the largely unanticipated impacts when one spouse predeceases the other (Social Security benefits, reduced tax exemptions and Medicare costs), retirement planners suggest that aspiring retirees give Medicare the same attention as they would to income, deductions and taxes when formulating a retirement plan.

Up Your Game, Education’s the Key, Before & During Retirement 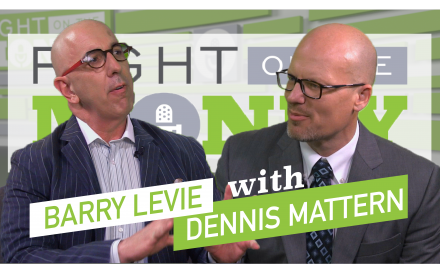